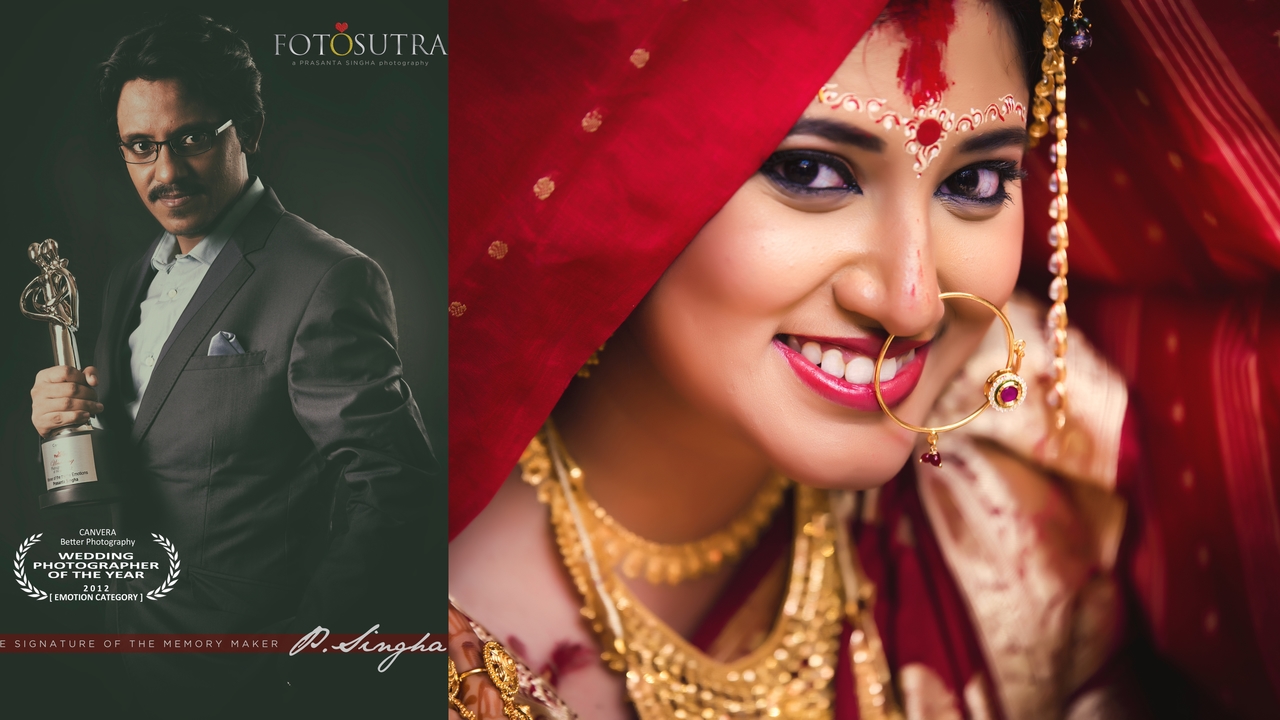 Kolkata
Also shoots in: All Over India
Shortlisted Remove

PRASANTA SINGHA is the Founder, Owner and Director of Wedding Photography of FotoSutra. He is from Kolkata, INDIA. Ha had started photography from the year of 2010. And won many awards from giants like National Geographic, Nikon, Sony, Epson. He is also a featured photographer in National Geographic Stock and Getty Images. His image also exhibited in LONDON by SONY World Photography Organization and in MUMBAI at INDIAN PHOTO FAIR by EPSON. Also Won NIKON ASIA 2011 Countdown Contest and Photographic SALONS. From the year 2011 he started Wedding Photography. Left his 15 years of IT Career in the year of 2013 to follow his heart. And within a year of his wedding photography career he became the Winner of Canvera Better Photography WEDDING PHOTOGRAPHER of The Year 2012 [Emotion Category ]. His Honesty, Love & extreme passion towards photography makes him different from the crowd. He is truly a perfect Memory Maker.

Your message was successfully sent to FOTOSUTRA. The Photographer may contact you soon.

Photographers in and around Kolkata

All Categories in Kolkata